Here is a real conversation that’s occurred between a Team Leader and his Supervisor:

Team Lead (TL): “Awful!  Everybody got so frustrated, they all started in on each other, and I couldn’t get them to stay on topic!”

Sup: “What WAS the topic?  I thought it was simply a technical status review of your project…” 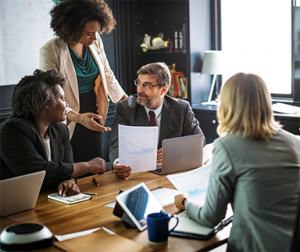 TL: “Well, that’s just it.  It was supposed to be, but we’ve had so many technical problems, that’s all Tim and Joan wanted to talk about, and they started arguing. She said that there were some good things that were happening and we should take credit for that, and all Tim would point out was everything that was going wrong.  Once THAT got out of hand, George, who hadn’t said anything for the first 30 minutes, all of a sudden asks, ‘What should we be telling the customer?’ Which lit a fuse under Sarah, who jumped in with, ‘That’s not important right now, and it doesn’t matter anyway.  What we NEED to do right now is talk about all the starts and stops in the project, and impacts of all these technical problems on the schedule!’  And it went straight downhill from there for another hour before I finally called a stop because our meeting time was up.  I told everyone we needed to cool down a bit, and we’d reconvene at a later time.  MAN! (shaking his head) Like I said, it was just AWFUL, a complete waste of everybody’s time.”

TL: “In a phrase, yeah!  But what was even more weird, is even when I did get them to talk about program impacts, it’s like we weren’t talking about the same thing…as if everybody was speaking a different language, or had a different perception of what ‘impact’ even meant!  What the heck do we do now?  I’m at a complete loss…”

SUP: “Hmmm.  I have some thoughts, but let me talk to our Mission Assistance Advisor and see what he recommends.”

This is not a hypothetical conversation, but a very real scenario we see played out again and again in the federal government program management space. When my organization is brought in to help with these teams (usually at the request of senior leaders in the organization), we typically find the team have;

Over the past two to three years, we’ve found that one of the most effective ways to get these teams back on track is to provide them a tool to increase their self and team awareness and management, so that they develop a lexicon for understanding (and appreciating) how each of the team members are wired to think and behave.  We use a unique assessment tool that allows us to separate how people think from how they behave.  We know we see behaviors first, and those behaviors may not be indicative of how they actually prefer to think.  We administer this awareness tool first, so the team now has a language to not only understand the thinking and behavioral attributes of their teammates, but to also give them an idea of what to expect from one another in their next interaction.

We then couple that self and team awareness with parallel thinking and the de Bono Thinking Systems Six Thinking Hats® method to improve meeting management and shift their mindset.  We generate a value proposition for the team by preying on their frustration with their meetings.  We ask them something like, “Are you willing to try and commit to a process that could not only reduce the time you spend in meetings by more than 50% and but also give you outcomes you can actually do something with?” The answer is usually an enthusiastic “YES!”, and the hook is set.

We then teach them the principle of parallel thinking and the perspectives of each of the Six Thinking Hats® so that team members understand that; 1) ALL perspectives are valuable, and 2) regardless of an individual’s preference for a certain perspective, there will be an opportunity for everyone to examine the situation from that perspective, i.e. “Don’t worry, you’ll get your chance…” We work with the group to develop a clear focus statement for their next team interaction, and let everyone know what that focus is in advance of the meeting. We teach them how to sequence the Six Thinking Hats® to get the desired outcome for their next interaction, and then help facilitate their next meeting to actually model the process for them.  After that, we check in periodically to see how it’s going.

Let’s see what the Six Thinking Hats® did for our distraught team leader.

Team Lead (TL): “Fantastic!  We used the review time to identify current impacts to the project using a Six Thinking Hats® sequence.  We came up with some really good stuff that the team prioritized for next steps we needed to take and also got some great information we can feed back to the customer to keep them better informed about where we are.”

Sup: “I’m glad you’re taking advantage of the Parallel Thinking training you got.  What did you do?” 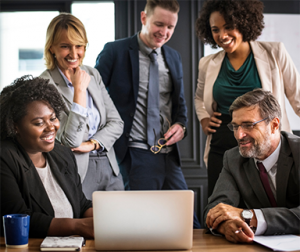 TL: “Well, I was wearing the Blue Hat this time, as I was running this meeting.  We did a quick emotions check with a 30 second Red Hat, and then did some Yellow Hat thinking to describe what was going well on the program along with the associated benefits.  We followed that with some Black Hat thinking to identify what was NOT going well and the associated risks.  What was really cool, was with Joan and Tim both being analytical thinkers, they brought some really good data and research to their Yellow/Black Hat contributions, and because we ALL knew they liked to talk, they actually joked about holding one another to a specific time limit.  Actually, it was Tim’s turn this time at the accountability role in the meeting, so he was a huge help in that regard.  Of course you know that George is more an internal processor and quiet, so we knew we had to wait a little bit for him to think before he gave his input, but since he’s the only one in our group who is a truly social thinker, always thinking about people, we knew his Yellow and Black Hat contributions would help us with understanding that side of our project and with could help with the advocacy with our customer.  And Sarah, our structural thinker, was really good at what was in our schedule, and also gave some great suggestions on processes and guidelines that might help us when we did our idea generation in the Green Hat portion of our meeting. Oh by the way, though it was an “Impacts Description Meeting” we agreed beforehand to do a Green Hat piece to address the highest priority Black Hat items to give us some relevant things to go do.  You know, although she’s quiet, Sarah really does drive to get things done, so she offered to honcho the Action Items list we came up with.  Just incredibly productive!  All done in less than an hour!  Joan was the scribe for this meeting so I should have some notes for you by the end of the day.”

SUP: “Wow!  Sounds like everyone was on the same page!”

TL: “In a phrase, yeah!  But what was even more incredible, for the first time, because we now understood that how each of us view the various perspectives of the Six Thinking Hats®  was driven by how we think and behave, we got better, well, actually, more holistic responses.  We got much better results when we encouraged each other to share from our strengths.  I think our Mission Assistance Advisor would call that ‘improved cognitive diversity’.  Certainly, it went BUCKET loads better than our meetings used to!”

SUP: “Excellent!  Let me know if you need any additional help.”

This second scenario now plays out over and over when we work with teams.  For what we do with federal program managers, this combination of team awareness and parallel thinking has done truly extraordinary things for the teams, generating significantly better interactions and improving outcomes wherever we’ve applied it. Using this combination of tools to help organize thinking tasks has proven to be one of the most valuable tools I’ve taken into the field in some 25 years of doing this kind of work. 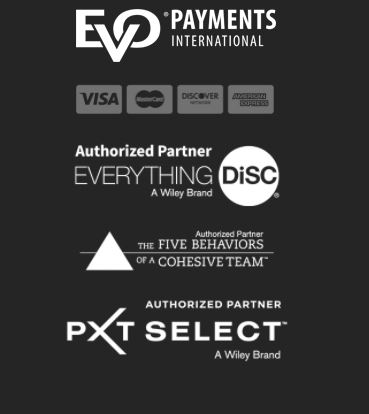